Want to know what we can do for you? Please use this form to contact our team.

New College Durham is a higher education & sixth form college. Established in 1977 when Neville’s Cross College and Durham Technical college merged. The campus was created as part of a £37 million project to combine two campuses into a single site in 2005.  In 2011, the college became one of two schools to be given Foundation Degree Awarding Powers, allowing students to complete a foundation degree or top-up course. The college averages around 8,000 students in education each year.

UCS were the original data cabling installer for the new build and has been the preferred installer ever since. The IT manager reached out to UCS to request a quotation for the installation of multiple dual outlets within the student union office and for the repair of damaged outlets within various classrooms. 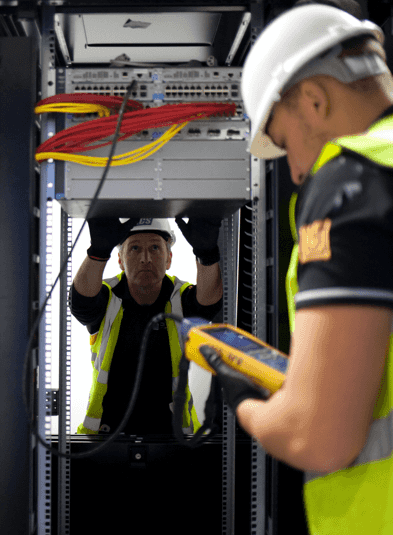 UCS provided a quotation for the required work in October 2021, the project was complete by November 2021.

UCS Technologies installed several Cat 6 dual outlets and repaired five Cat 6 outlets that had been damaged throughout the school year. All work was carried out during half term to ensure minimal disruption to the school’s operation.

Want to know what we can do for you? Please use this form to contact our team.

PD Ports is one of the UK’s major port groups with 12 locations supporting international shipments....

PD Ports is one of the UK’s major port groups with 12 locations supporting international shipments....

Darlington Memorial is an NHS hospital that provides healthcare services for patients within its surrounding...